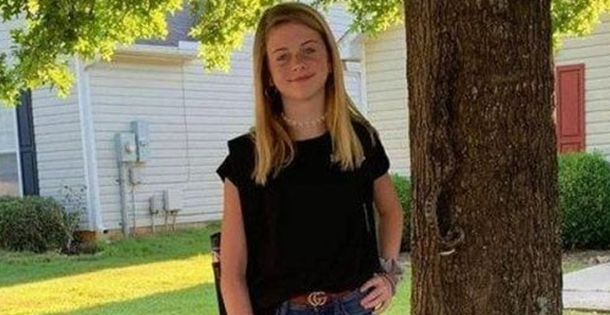 When Her Daughter Finished Seventh Grade, Proud Mother Wanted To Capture The Moment In Her Own Garden

This photo was taken to preserve a happy moment. But what happened during the photo is terrifying. Parents can understand the joy that mothers have when their children complete a school year. That’s how the little girl’s mother was happy that she finished seventh grade.

The mother was very proud of her daughter and decided to take a picture to preserve this beautiful moment for the rest of her life. But no one expected what was coming. The girl found a beautiful place to take pictures.

This was the moment her photo went viral. Her mother posted the photo on social media and everyone was shocked by this photo. The commentators noticed that in the photo it was not just the little girl who had finished the seventh grade.

No one could have thought that something like this would happen. The girl approached a tree and posed for the camera. But no one knew what was hidden in the photo. Maybe they would have gone somewhere else to take pictures.

In the photo, a snake was seen in the tree which was very close to the girl. She was smiling and had not seen the snake that was slithering down the tree trunk. Mother and daughter were terrified when they saw the snake.

Then the mother told the girl to leave the tree more slowly. The girl did not turn her head from the tree but walked away slowly. Then she said she saw the snake and got scared.