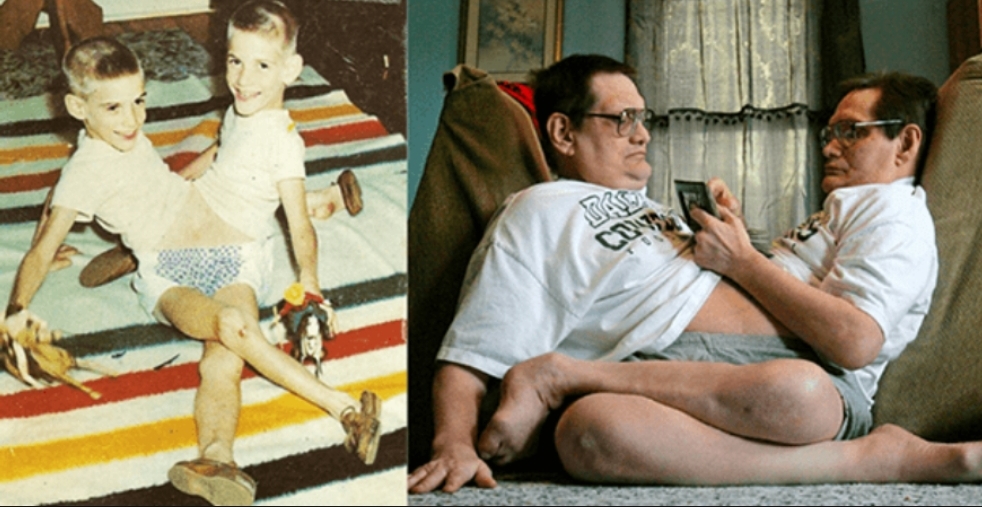 World’s Longest Surviving Conjoined Twins Take Their Last Breath Together At 68 YO, They Were Told They Wouldn’t Live More Than A Day

Some people are born as miracles and some others have a difficult life. Ronnie and Donnie Galyon were born in 1951 and lived a full life as conjoined twins for 68 years before passing away.

They were born with individual sets of arms, legs, hearts, and stomachs, but had a single digestive season.

Doctors couldn’t find the best way to separate them, and their parents opted against the operation.

The family was financially burdened and their sons had a difficult life. Their parents never sent them to school because other kids might bully them.

They became part of a carnival circuit at three years old and took the responsibility of feeding the family by themselves.

They traveled to South America and Canada with their manager Ward Hall, and his sideshow World of Wonders.

They worked hard for their family until they retired in 1991 and moved to Dayton, Ohio. In their hometown, they received an astonishing welcome, where the community raised money to construct their home, near their little brother.

They are happy and comfortable here, says their little brother.

They got their names into the Guinness World Records surpassing the Chinese twin’s Eng and Chang Bunker.

They were joyful for their life, despite hardship and disabilities. We have had a nice life together.