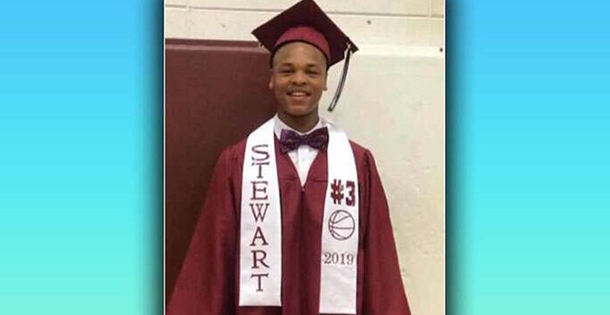 Laquandia Cooley is an officer of Mississippi who was responding to a street shooting after she got a call late at night.

When she reached the crime scene, the victim of the shooting was her own 20-year-old son. She was shocked and horrified to see her son lying down dead.

Charles Stewart, 20 years old was laying down in the center of the roadway after being shot in the head. When she arrived at the scene, he had already died.

As I was getting out of the car, I saw my son and I just got into a breakdown. Who would do this to my son? I was in a panic, it was just too much for me to handle.

His father claims that their son was a wonderful person and didn’t annoy anyone. We are trying to figure out what happened and why someone would do this.

No suspect has been identified at this time as the family is hoping to get justice.