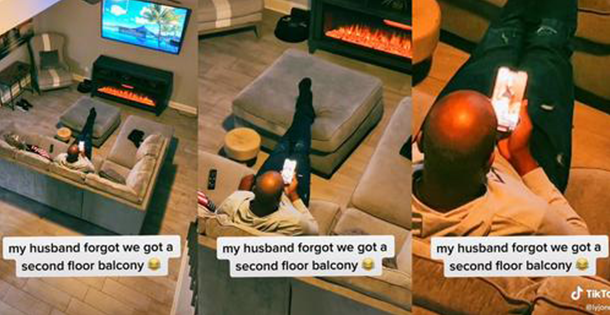 My Husband Forgot We Got A Second-Floor Balcony, TikToker Records Husband Scrolling Through Images Of Women, Sparking Debate

@lyjones is a TikToker who sparked discussions about whether it’s inappropriate or not to look at other people via social media while being in a relationship.

My husband forgot we got a balcony, she wrote on the TikTok video while recording it from the second floor.

The video quickly went viral with more than 1.6 million views and the comment section is filled with all kinds of opinions.

While one other commented: “Leave him alone, you do not own him.” The Tik Toker replied saying “According to my city yes. A lot of people say that marriage it’s just a piece of paper. No, it’s ownership. When something happens to him, it’s mine. It belongs to me.”

While others have different opinions.

What do you think about this? Is it fair to see other women via social media while in a relationship? Is the right for the wife to not ‘allow’ him to do that anymore?