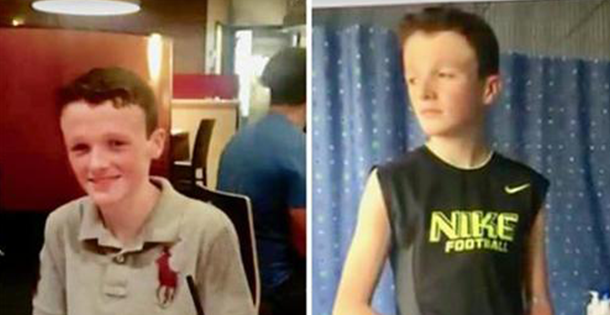 Mom Looks At Son During Birthday Dinner, Finds Out ‘Friends’ Have Been Making Him Sick

Growing up is not an easy task, especially for the parents who have to protect and educate their children. A mom noticed something strange at her son’s 13th birthday dinner.

She investigates the matter and realizes that his ‘friends’ have been bullying him for a long time and made him sick.

Deirdre described her son as a happy kid who enjoyed school, and soccer and had plenty of friends. Slowly her son began to change, he lost interest in soccer and didn’t want to go back to school.

At his birthday dinner, Deirdre and her husband noticed that their son wasn’t eating and had gotten very thin.

After they sent him to see a doctor, the doctor sent him to an eating disorder clinic where he stayed for a week.

Days after, he came home with a bruise on his face and told his parents that he fell down the stairs, but later he admitted what was going on and that other kids were bullying him brutally.

The bullies also assaulted him, punched, pushed, and kicked. They told him that he didn’t deserve to be on the soccer team and the school did nothing about that.

He was hospitalized with a feeding tube to stabilize his vitals. His mother posted this story on Facebook to make other parents aware of what might happen to their children if they do not pay attention to these signs.

This post gained attention and the community rallied behind Liam to support him and speak against the bullies.

The parents hope this will push forward the anti-bullying movement and will wake up schools to act.