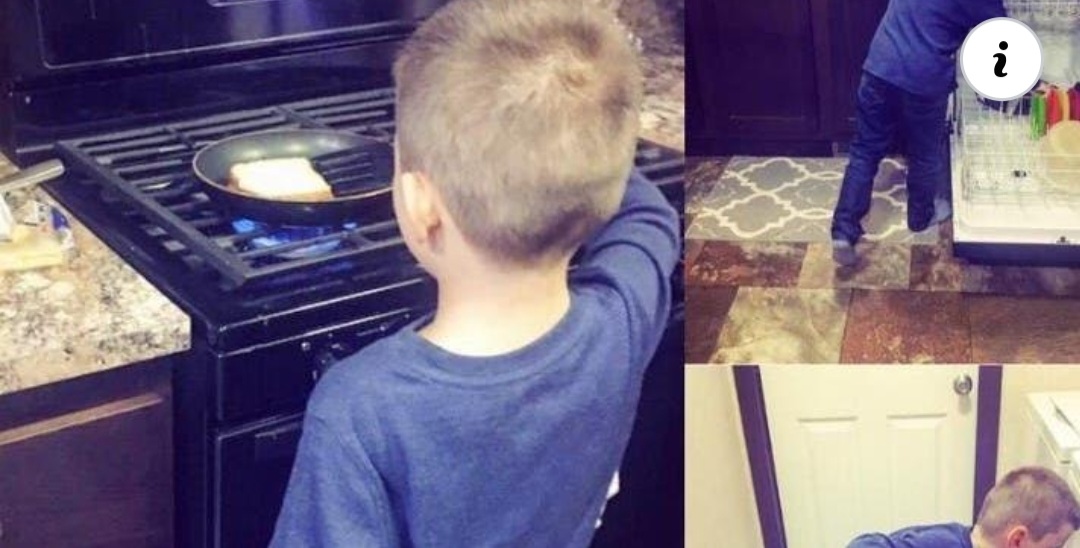 Mom Chastised For Uploading Images Of Son Doing Household Tasks, Such As Cleaning And Cooking, On The Internet

Society has changed a lot these years. Classification of two groups: boys and girls are always made starting from the colors. Pink is for girls and blue is for boys.

Females are supposed to cook, celan the house, do laundry while boys can only enjoy life playing sports. Meanwhile there are boys who do chores around the house like the story of our boy, a 7 year old who helps his mom.

A lot of people criticized her parenting because it is believed that the boys should not do housework because it’s a female job.

His mother Nicole is trying to raise an independent boy. She does take care of the house but also believes that her kids should do things on their own because that will help them in the future.

Her first born can cook and do the dishes. The younger one is a toddler and she plans to teach him the same activities around the house like the older one.

She believes that the houseworks isn’t only for womens. One day the boys can live alone and can’t take care of themselves.
Educating the boys now, she believed she has educated a new generation of her nephews in the future.

It is okay to let the kid be a kid while he can learn life lessons. Learning these lessons she believes that her boys can be a good example and good society persons. On the mother’s side is science.

Kids that do house work are going to be more responsible, can take risks and reach goals in life. We think Nicole is doing a great job raising her kids with these responsibilities to become a better person in the future and for us the society is a good lesson on how to rise an independent kid who will be a great person in the future.