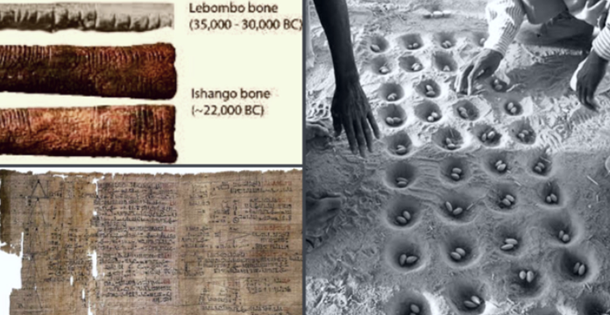 Mathematics Started In Africa From 35,000 BC And This Is What They Were Doing

One of the most developed and important sciences in the world is the science of mathematics. Although there are many opinions about the origin of this science, no one denies that its origins are in Africa. Today many scientists have discovered that Africa is the birthplace of simple mathematics and advanced mathematics. This science began to develop after the Paleolithic period. To prove this fact, The Lebombo Bone was found.

This finding has helped scientists understand the origins of mathematics. This item is divided into several small parts and it seems that a long time ago, it was used instead of a ruler. This item was used to measure the length of things and got its name from the mountain, where the material was found. This item was found 44500 years BC and was also used to mark dates as a calendar. Another important mathematical item is Ishango Bone. It dates back to 23000 BC. Although it is younger than The Lebombo Bone, it is important for the history of mathematics.

Although at first scientists found it difficult to understand the function of this item, experts threw their ideas saying that this could be an item that long ago was used to count things. With this item, the first Africans counted months, years, days, or goods. Another item that has been discovered by experts, is Mancala Game. This is one of the most popular and oldest games ever discovered. This game was played in 700 BC in Ethiopia.