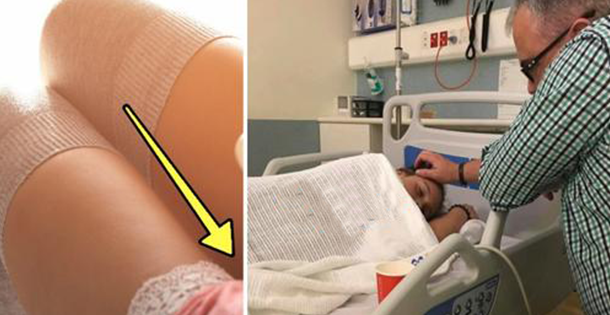 Cruel Kids Notice Smell Coming From Between Girls Legs, Puts Her In ER

This is a story of a 12-year-old girl who was sitting at her desk and some of her classmates noticed a smell coming from between her legs. They put the girl in the ER. Her mother wanted to share her story so other girls do not become victims of these kinds of actions.

After passing these situations with her daughter the mother, Leigh Davey wanted to share the story on social media so she could make a difference in the world. She wrote on Facebook that her girl was subjected to bullying at school. She also wrote that these past 7 months have been so private to her family. After dealing with this for 7 months in private she decided to make it public.

For her daughter thing have gone worse and the girl has tried to commit suicide. She explained that her girl has been in that condition to her classmates and the school’s incompetent administrators who have done nothing in this situation.

Davey claimed that she received a lot of hate messages because of the status she made for her daughter’s bullying story. She says that the parents are being irresponsible with their kids’ actions and have been threatened by parents too.

The WA department of education besides all the actions she took has told the mom to teach her daughter how to be resilient against bullies. No action was taken against the classmates that bullied her.

She posted the story of how her girl was tortured and at the end of all this, they made a trip to the emergency room because the girl was in shock and tried to kill herself. She explained that the girl who posted the video had lost the playtime and no one would tell who recorded the video.

She also posted a photo of her daughter in hospital so the viewers could see how urgent the situation was and asked the other parents to check on their kid’s phones and social media because bullying affects all the family not only the bullied one.

Davey explained that it was hard to post it online but it should be a difference for all the girls that might suffer from the same thing. Please check on your kid’s parents, they are young, and filming private things is not a good thing.