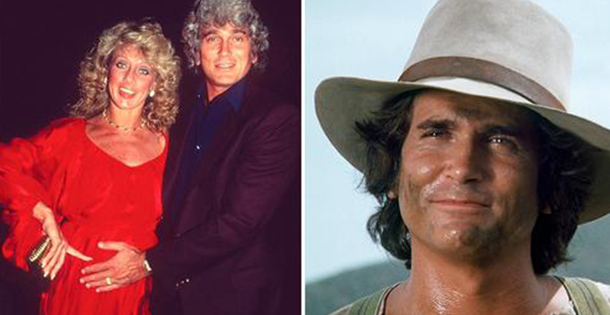 One of the greatest father roles in film history is the one of Charles Ingalls in Little House on the Prairie.

The series taught us all how to live a humble life and the simplest things matter the most. Michael Landon also landed a role that helped him to make a name for himself. It was the role of Little Jose Cartwright in the show Bonanza.

He was loved by the fans and earned different awards, including a Golden Globe nomination in 1979 for best actor.

He also got a star on the Hollywood Walk of Fame in 1984. Landon tied the knot three times, but he calls the love of his life his third wife Cindy Landon.

They remained together until his tragic death in 1991. He was a father of nine children.

Cindy spoke a lot about his battle with pancreatic cancer and about Landon’s life. He was also doing chemotherapy sessions, but not much could be done.

The couple prepared the children for what was coming and passed the last days together. Cindy was by his side every moment and recalls his last words were ‘I love you.’

She is now the president of the Michael and Cindy Landon Foundation and has been involved in many campaigns.

Recently she posted a photo of her beloved husband and wrote, ‘Wow I took this photo years ago and I found it going through my storage. We said goodbye to you, you left us way too soon. You will forever and always be in our hearts. Memories last a lifetime.’