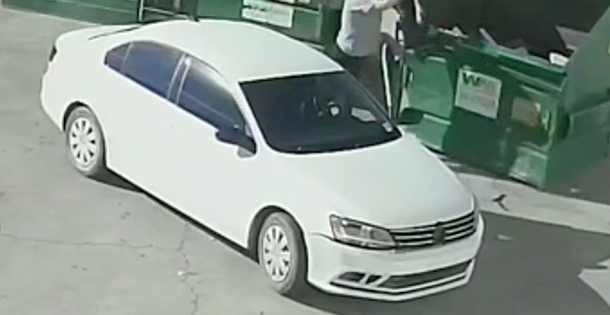 After a Baby Was Discovered Gray Inside a Garbage Bag that Was Thrown Into a Dumpster, Baby’s Father Speaks Out

Security footage caught three dumpsters diving in a parking lot. They weren’t expecting at all to find life there. It was a newborn baby with the umbilical cord still attached.

They immediately called 911 and revealed that the baby was gray and clinging to life. After the security cameras were observed, they caught a white vehicle six hours earlier pulling up the same dumpster. A woman grabs a garbage bag from the seat and tosses it into the dumpster before driving away.

Her identity was revealed and she is an 18-year-old named Alexis Avila, and she claims that she didn’t know that she was pregnant until she gave birth.

Police arrested her and she was charged with felony child abuse and attempted murder. She believed that her ex-boyfriend was the child’s father, but they ended their relationship the last year.

She confessed and told me she was panicked and didn’t know what to do. She cut the umbilical cord herself and wrap the baby in a towel and put him in a plastic bag and drove to a dumpster.

Luckily, the child was still crying hours later and was rushed to the hospital. Thankfully he is in a stable condition now.

The ex-boyfriend told his side of the story, that Alexis Avila told him that she had a miscarriage and she was no longer pregnant. Now he has custody of the child.

He and his family are happy that the boy is now part of the family and that he is healthy. The little boy is now safe in the loving arms of his father.

Alexis Avila awaits her trial and is on house arrest. A trial date hasn’t been set, but she entered a plea of not guilty.

What do you think about this? It is fair to punish her for throwing the newborn in the dumpster? Share your thoughts in the comments on Facebook.