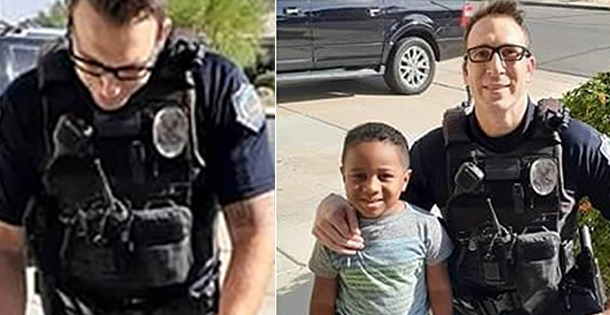 5 YO Hungry Boy Calls 911 To Order Happy Meal, This Is What Officer Does

Something very heartwarming was shared by the Mesa Police Department. A little boy, only 5 years old, called 911 and tried to order a Happy Meal from McDonalds.

The 5 year old is Charlie, from Arizona and the officer that received his call is Anthony Bonilla. Charlie called and as soon as the officer picked up the phone, Charlie asked if he was talking to a McDonalds operator.

Anthony responded telling him that it was actually the Mesa Police Department and not a McDonalds. He then continued questioning Charlie to see if anything was wrong or if he had any problem.

He couldn’t get that information from Charlie so he immediately called back, reaching to Charlie’s father and making sure that they were all right. Charlie’s father reassured him that everything was okay and that made the officers day.

Anthony then let him know that as per policy, an officer would have to go to their home just to check and see if everything was ok.

The cop that went to Charlie’s home was Randolph Valdez. On his way there he stopped at a McDonalds and got Charlie his Happy Meal. The officer also took this opportunity to teach Charlie when he should actually call 911.

Charlie’s parents were very worried at first when they found out that Charlie had called 911. But then they were very happy about the way the police responded to Charlie’s phone call.
Share your thoughts about this article in the comments section on Facebook.