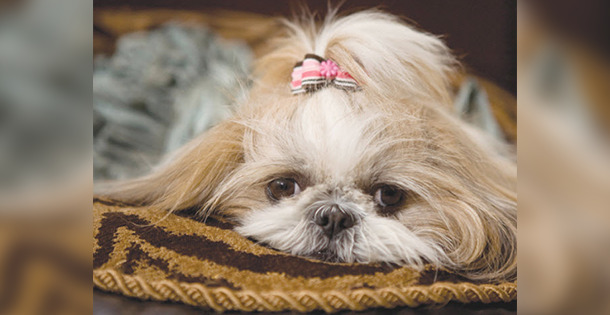 These Are Some Shih Tzu Facts You Should Know About

Americans love Shih Tzus and this is why this dog breed is one of the most popular in the United States.

The name “Shih Tzu” means “lion” in Chinese. This kind of dog was intentionally bred to resemble a lion.

In the UK, this breed of dog was known as the Chrysanthemum Dog in the early part of the 20th. In Mandarin, it was known as Xi Shi Dog, a name that belonged to the most beautiful women in ancient China.

There are a lot of celebrities who own a Shih Tzu, some of them are Mariah Carey, Colin Farell, Nicole Richie, Beyonce’, Bill Gates.

The Shih Tzu appears in some tapestries in China that have an age of over 2.000-year-old. They were prized by the royal family as a valuable gift received by the Tibetan monks.

5. An interesting and mysterious mix

The origin of the creations of the Shih Tzu is still uncertain. Most believe that it was a mic between Pekingese and the Lhasa Apso.

In China, the Shih Tzu was so valuable and prized that they refused to make any trade involving them. The Shih Tzu arrived in Europe around 1930 and around 1960 in the US.

The dogs were kept inside the royal robes or beds of the noble Chinese women. They were used during winters to keep the women warm.

The Shih Tzu was considered an exclusive property only for the noble families in China during the Dynasties of Ming and Manchu. A commoner could be sentenced to death if caught with a Shih Tzu.

During the communist revolution, the Shih Tzu almost became extinct. Only 14 dogs survived the regime change and they are the ones that made it possible to have all the Shih Tzu’s we have today in the world.

The Kennel Club of the UK and the one of America have different breed standards for Shih Tzu. The American one has larger eyes and slightly bigger and rounder heads.

How many of these facts did you know for Shih Tzus before reading this article? Share your thoughts with us in the comments section on Facebook.