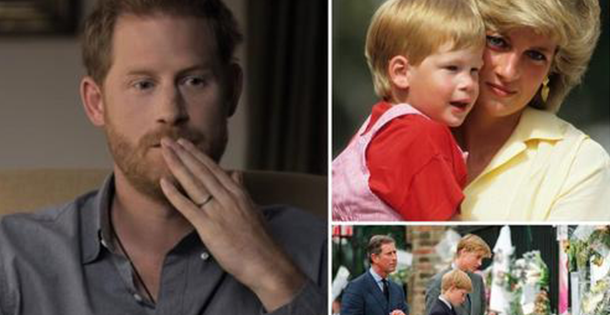 Prince Harry Opens Up About His Upbringing As A Royalty

To be a member of the royal family usually means living in the spotlight, and the same thing is for the British Royal Family which is the most famous in the world.

Having the Queen of England as your grandmother, everyone would think about glamour, but the truth is not quite like this. For example, Prince Harry experienced it a little bit differently.

He was in a tell-all interview with Oprah Winfrey with his wife Meghan Markle. As Harry says, he was feeling trapped until he met his wife. ‘I didn’t see a way out, but I didn’t know either I was trapped. When I met Meghan, I saw how my life was within the system.

I have huge compassion for my father and my brother, they don’t get to leave. I should not blame anyone, but I have experienced suffering and pain because my parents suffered too.

Somehow it is as if you get cast in a movie without being asked if you want it or not. Our mother, Princess Diana did everything to provide us with a normal childhood, said Harry.

He also talked about life in the States saying: ‘I feel different here, I can ride a bike with my son without being followed, which is a thing I didn’t have a chance at when I was a boy.

He seems to be living his life to the fullest with his wife and children. Harry visited Britain several times and stepped down from his royal duties.