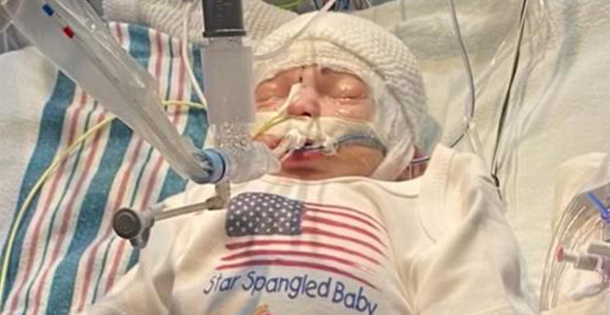 We all know that mothers want the best for their babies and always make sure to provide them with adequate and enriching nourishment.

Cynthia Salinas did the same thing, but tragedy struck. She was an expecting mother full of joy. Cynthia gave birth to a healthy boy on July 14, 2021. She named him Azael and wanted to give him the best in life.

The hospital feed her son with Similac Pro Advance and she did the same and fed him with the same formula he had since birth.

Just a couple of weeks after his birth, the little boy wasn’t feeling well and had bad diarrhea and vomit. Cynthia rushed her little boy to the hospital and the doctor prescribed medicines.

At that moment, the little boy Azael was eating only Similac Pro Advance. He wasn’t getting better from the medicines, in fact, he was getting even worse.

He got really sick and went again to the hospital. He had a terrible case of salmonella bacteria that already attacked his brain.

It was too late to intervene and the doctors couldn’t do anything. The boy passed away at only 30 days old.

His death certificate reads Salmonella Meningitis, but with no idea how he got the bacterial infection.

Six months later she was reading the news from Abbott Nutrition, and the company recalled formulas that were produced at the Sturgis plant in Michigan, and one of them was Similac Pro Advance.

The U.S FDA was investigating if these formulas were causing Salmonella infections in infants.

She checked the batch number on the formulas and they matched. This was the reason her son suffered and died.

After that, the FDA removed the complaint with the excuse they didn’t have enough evidence to link it with Salmonella.

She is pursuing a lawsuit and wants justice. Also, she is urging other parents to be more vigilant while feeding their children.