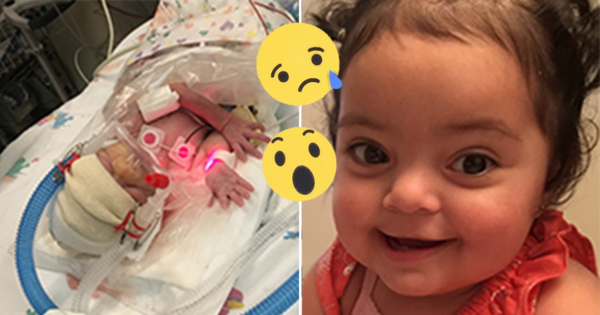 This research saved my baby’s life

During the last period of my pregnancy, almost 25 weeks, the routine ultrasound visit, revealed a cancerous tumor that was growing every day, in my baby’s

So the doctors told me she could not live and they asked me to say goodbye to my baby. But I knew she was strong. On the same day, she successfully removed a part of the tumor that was taking her blood supply through an operation that lasted about 12 hours. But in February of the same year, doctors discovered that the tumor had grown.

We wanted to start chemotherapy to prevent the tumor from growing further, but it was so small that I decided to try other ways to do the treatment.

That’s when Aliyanna became part of Seattle Children’s. We met a lot of people with different stories, but I remember Dr. Doug Hawkins who suggested a research trial for a drug called larotrectinib.

He told me that it had worked for the other children and he strongly believed it could help stop the tumor that was inhibiting Aliyanna’s growth. I was very scared to take this step because Aliyanna would be the smallest baby to try it, but I decided to be optimistic and give it a try. I was very happy that just within the first couple of weeks, we saw a huge change.

The tumor was visibly shrinking and Aliyanna began to show how intelligent she was. She started to get smarter, and happier. This was a miracle in our lives. As of today, Aliyanna is two years old and is healthy. She is also passionate about books and colors. She is still taking larotrectinib and has recently started to walk.

Seeing her now so happy, I feel very good that I decided to believe that through this treatment she would slowly recover from the tumor. We will always be grateful to Seattle Children’s family and especially to Dr. Doug Hawkins, who gave me strength and helped me to treat my baby.