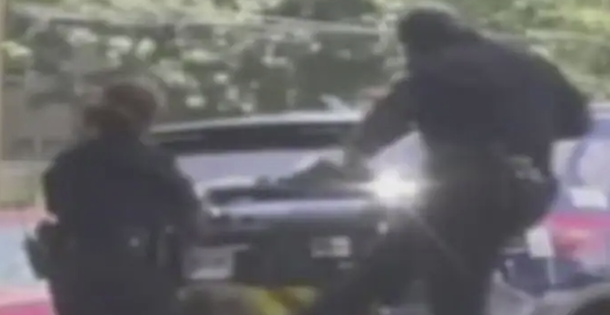 An Atlanta Police sergeant is on suspension after the viral video that shows him kicking a woman in the head.

The black woman was lying in handcuffs after an incident in the city’s Peoplestown neighborhood.

She raised her head to tell something to the sergeant and he kicked her in the face. The video was shared on Instagram. The internet was boiling.

A second sergeant was there and was also placed on administrative leave. These actions are unacceptable and the lack of reaction from the other officer present is also concerning.

The incident is under investigation and will determine the proper course of action.

We hope that one day people will feel safe in the streets of Atlanta!