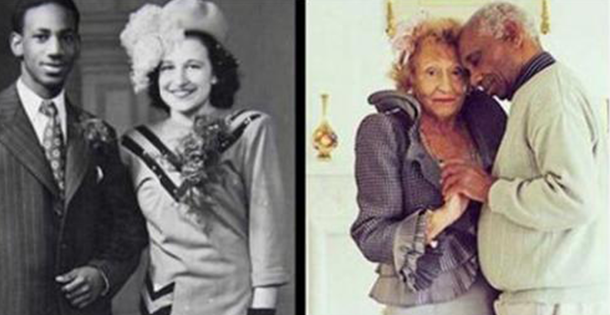 74 Years Ago She Was Kicked Out For Loving A Black Man, Today Their Love Still Lives

Big loves are very beautiful. But they are not always easy. Many lovers could not live together. The same is the love between Mary and Jake that they bonded together 74 years ago.  They loved each other very much.

But at that time Mary was excluded from society and left her family. She and her husband have lived all their lives together. At the time they were to get married, connections between young people who were of different races were not accepted by society. They passed away in 2020. Mary and Jake have often spoken about their difficult love story.

They met during World War II. They met at the university where she studied. Mary tells that she met at the time when Jake was sent for training by the Air Force. “We spent some time together and fell in love immediately.” After this moment Mary told her family about the love she had for Jake.  But her father refused the connection and told her he would not let her meet Jake. But that stopped Mary from pursuing her love.

They talked on paper for a long time. After this period they became even closer to each other. Jake decided to propose to Mary, but she showed that she was too small. But she loved Jake very much and was ready to marry him.

However her father did not agree.  He told Mary that if she decided to marry Jake, she would not be allowed to break into the house anymore. They got married in 1948 and her father did not go to the wedding. Mary showed that the first years of marriage were scary.

She had no friends, they could not find a home, and she could not eat bread. She was very upset. But the years passed and things started to change. She started working as a teacher. They had three children together and started making new friends.

They passed away on the 71st anniversary. Mary died a few months after Jake’s death. Their great love crossed all boundaries

What do you think about this story? Share your thoughts and feelings in the comments on Facebook.

Published in Blog and Story